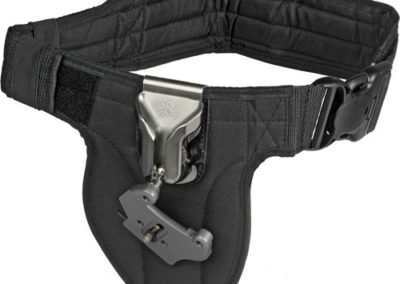 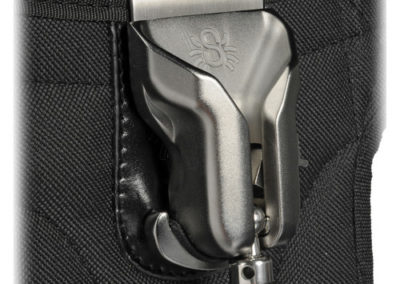 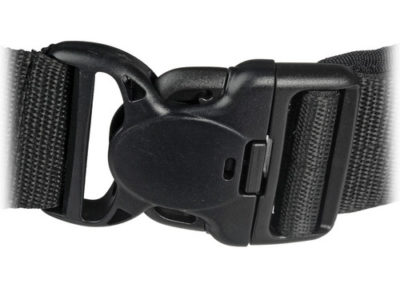 Great price on a holster system for those of you who do a lot of shooting at events or conventions.  This is for professional camera systems so can handle 5lbs or more. They’ve knocked $56 off retail for today only.

The SpiderPro Single Camera System from Spider Camera Holster is a unique way to have your professional DSLR at the ready. This is a serious hip-mounted holster that provides a way to wear your DSLR on your waist as a cowboy would his six-shooter. Instead of having two cameras dangling from your shoulders, The Spider gives you the freedom to hold one camera in your hands while the other rests on your hip.

The SpiderPro Single Camera System includes a belt, holster, camera plate and pin. Using this system, you can also remain hands-free while your DSLR hangs at your side waiting for that grab shot. The system is comprised of four pieces. The SpiderPro belt, which holds the entire rig, the holster that holds the camera, the plate that attaches to the tripod socket of your camera and the pin that is attached to the plate. The entire assembly slides into the holster which secures to the belt using Spider’s two-position lock system. Your camera stays at your side while retaining complete freedom of movement.

When the camera is slid into the holster, it locks into place. When placed into the upper portion of the holster, the lock releases and your camera is ready to be drawn – just as if you were wearing a holstered pistol. The holster is attached using a large quick-release buckle. Made from stainless steel and aluminum, this system is targeted at the “run-and-gun” shooter who is constantly on the prowl for that “keeper”.